What does it take to be a writer? The writer has a passion for painting with words, and the commitment and determination to make time to write. I began writing when I was in the sixth grade. When I was home sick with the flu a week before Christmas vacation, I needed to finish a writing assignment from my teacher. I was supposed to create a poem on the importance of Christmas.

When I returned to school, my teacher read my poem and said I had a talent for writing. It was the first time anyone had commented on my ability to write and I was so excited! Feeling inspired, I went home and began a writer’s journal. I entered my daily thoughts and ideas for future writing projects.

I wrote a lot of reports and term papers in college, but these didn’t involve my passion. Then the sixties rolled in with so much chaos it was impossible not to get caught up in the passion of the times. I didn’t understand hippies and the peace movement. My father told me that war was inevitable. Those were years of anger and listening for me.

In 1970, I began my first novel. I wanted to make sense of the times for myself and for others. At that time, I was married and had two young children. Feeling like I was drowning in diapers and runny noses, I desperately needed to write, but had no time. Life seemed to be passing me by. Then one day, I decided to institute the system of enforced naptime. Each day after lunch, I expected my children to rest on their beds for one hour. Sometimes they went to sleep, usually they read books or played quietly while Mommy sat at her desk and wrote.

Within a year, I had established a new identity as a writer and completed my first novel, “The Aquarians.” It is a novel about personal transformation in the 70’s and the discovery of a spiritual way of being in the world for the twenty-first century.

At naptime, I pinned up character profiles, filled folders with ideas for future novels, and began to feel like I had discovered something of my own that was enjoyable and fulfilling. I even gave myself a pen name, Curran Galway.

I sent my manuscript out to several publishers, but received many rejection slips. For the next six months, I continued to contact publishers with no luck for a book deal. I decided the world wasn’t ready for my ideas.

Two years later, I had another toddler and was pregnant with my fourth child. Finding time to write seemed impossible. I put away my novel hoping to save it for a year in the future when I had more time. Writing in my journal kept me sane. I continued to make an entry each day.

For the next five years, I struggled with being invisible. My only identity as a mother was not enough to sustain me. I was restless and hungry for a meaningful cause outside of family. My husband did not understand my needs and I soon found myself in a loveless marriage. I felt alone and empty.

A friend told me about a retreat center in the Santa Cruz Mountains. I booked a reservation for the weekend, left my kids with their father in San Jose, and drove on Highway 17 toward the mountains. It was the best decision I had ever made in my life.

Tucked away under tall redwood trees, the Center was a peaceful sight. After registering, I made my way to a comfortable room. I threw myself on the bed thinking that I had found paradise where I could write.

The next morning, I took a walk on one of the mountain trails. When I reached the summit, I had an amazing encounter with God. This experience became the source of my second novel, “Ordinary Mystic,” which I began that weekend and completed years later. Knowing my work was inspired, I believed it would flourish in God’s timing.

My husband and I went through a long divorce. I was granted custody of my children and moved to Whidbey Island in Washington State to raise them as a single parent. I lived in the woods where the pace was slow and peaceful. My children were older now and didn’t need me as much as they had before. I began writing again.

Twelve years later, my children had grown up and left the nest. I rewrote my first novel, “The Aquarians,” and worked with a professional to edit my manuscript. I self-published my novel and began marketing it. It seemed like this marketing step required a new commitment. I loved writing the novel, but resisted the marketing process. It looked like a lot of work. I didn’t have the money to hire someone to help with the marketing, so I had to dig in and do the work myself.

I started marketing myself as a speaker, the voice of the seventies. I did workshops with Baby Boomers around my novel to help them discover their purpose for being on the planet. My work was well received, but teaching Kindergarten by day to support myself didn’t allow much time for writing or marketing. Again, I found myself making a new commitment to my work. I wrote nights and on weekends. Within two years, my second novel, “Ordinary Mystic” was born. I hope to post the link for this book soon.

I lived in two worlds. My feet walked on the earth as I continued to write in my head. I realized that inspirational writing was my destiny, my purpose on the planet. My writing style began to evolve and I started weaving spiritual messages into my stories. I continued to experiment with new ideas to keep the writing fresh. When I wrote, I felt the passion and joy of fulfillment. My vision is to keep writing as long as I continue to be infused with divine energy and guidance. Writing is life. 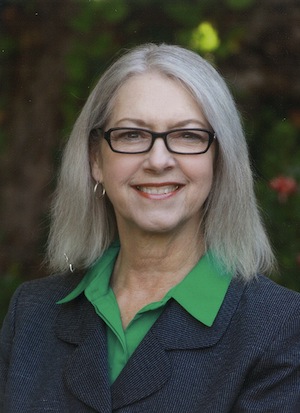 Curran Galway, author of The Aquarians